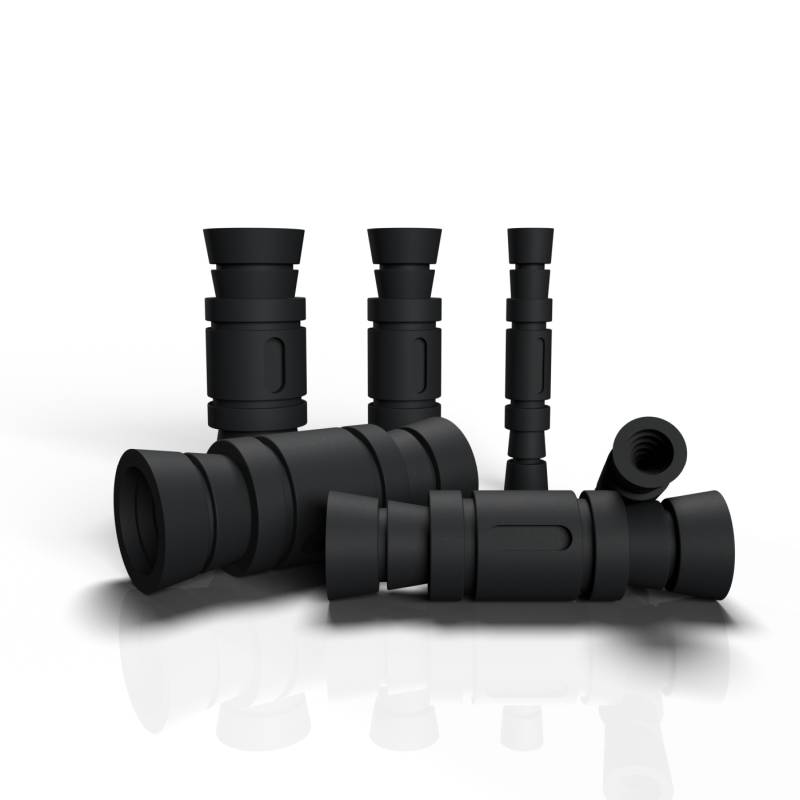 Get a quote Downloads

The formed parts of GEAQUELLO® E 234 are used as retrofit modules (placeholders) for cable and pipe penetrations in the sealing system GEAQUELLO® E 950 or CPS. The modules are to be placed in the sealing compound by the user. In case of fire GEAQUELLO® E 234 develops a stable insulating layer with reduced temperature effect and an expansion pressure, which can be used mechanically, for example in order to seal off the flammable pipes according to SOLAS requirements. GEAQUELLO® E 234 modules are insensible to moisture and extensively consistent to typical technical oils, depleted acidity and leaches.

GEAQUELLO® E 234 retrofit modules will be graded and available in D1 40-90 mm diameters. Tested media: Cable until D2 37 mm; flammable pipes until Ø D2 63 mm; metal pipes until Ø D2 22 mm. The distance to the other compounds should be of two R 312 / R 380 BAND SIZES: The annular gap should be of at least 8 mm after the drilling. It will be filled with material cartridges of GEAQUELLO® E 234 T.

Get in Touch with Us

Downloads Get a quote